The Southern Avenger: The Return of the Real Right

Once again the feds do what they do best, get in the way, where they don’t belong.  Obama seems hell-bent on interfering in the control of the oil leak and in the clean up operations by states on the Gulf, namely Louisiana.  Louisiana is trying, although maybe not a hard as they should, to control the oil and keeping the devastation from their shores and Obama is fighting them every step of the way.

Obama’s hatred of the South has never been so apparent as it is in his actions to make sure that their actions to protect themselves are halted at each turn.  His attempts to shove cap-and-trade and shut down US drilling operations is a window into the sole of his administration’s agenda to make Americans pay and suffer for apocryphal hardships on minorities around the world.  Until the feds are put in their place and removed from interfering in such situations the states will continue to suffer under totalitarian devastation.

Posted by rebelmomcsa on June 23, 2010 in Uncategorized

To all the fathers who tirelessly work day in and day out to provide and care for their families I want to wish you a blessed Father’s Day.

To my beloved husband I wanted the chance to tell him just how much he is appreciated for all he does for our beautiful family.  It is not easy to sacrifice so much, do without, and keep up with such a large family and he does it every day with love and loyalty in his heart.  His purpose each day is to make sure his children have a better chance to make it in life than he had himself.  He truly is the epitome of a father and a husband and I thank God for him every day.

Posted by rebelmomcsa on June 20, 2010 in Uncategorized

Shake Up At The White House

In not-so-shocking news there will be a huge absence at the White House after the mid-term elections.  Apparently, at least partly, because they want a scape goat for the resistence to Obama’s socialist policies.  So, no one there is wise enough to know that people don’t like socialism shoved down their throat?  After all, if he wanted to get away with it he should have done what all the other presidents do; slowly destroy our Constitution and implement a socialist agenda.  The only way we will truly be free again is if the states become sovereign.  Because these rulers in DC don’t have a clue.

The Privilege Of Fatherhood

Happy Fathers Day to all the fathers out there.  I was reading SLMNews blog today, a daily read for me, and Palmetto Patriot had a very insightful post on the need for more Southern children as demographics continue to turn against us.  He could not be more right.  Not only does the Bible encourage large families, but speaking as the father of 6 children, 3 boys and 3 girls, it is a huge blessing beyond description.  Watching your children grow and even exceed your own abilities is exciting.

If you are happily married and God fearing I strongly encourage you to have a large family.  You will be blessed for the rest of your life.  Financial concerns is the first thing I always hear from people attacking big families.  There is a large financial burden.  My TV is far from the largest, vacations are smaller and practical,  my vehicles are not brand new, and we don’t eat out every night.  Now which one of those things would be more important that one of my children?  Obviously, none of them.

Don’t be fooled; Obama isn’t an inept idiot who cannot handle the job of stopping the oil spill.  There were plans in place, there was domestic and international offers of help, there were capable governors ready to respond, there was a world of ways to almost immediately take on this oil spill, but only one thing, one person, blocking their way; Obama.  Why?  What would possess a president of the United States to betray his own Republic?  Power, money, agenda.

Obama has an agenda that he believes will receive a shot in the arm the bigger this disaster becomes.  We need to stop blaming BP for this disaster; they went to Obama and offered $20 billion to help and Obama went to the press and twisted the truth to make is appear as if he was forcing them to put up the $20 billion.  It is all about smoke and mirrors with him.  So what has he allowed to be done with the $20 billion?  Nothing.  He doesn’t even have the power nor is it his place to do these things.  He may take that power and that is called a dictatorship.

Obama has long stated and dreamed of inflating the cost of oil and energy so that Americans would be forced to live more meagerly while bureaucrats live high on the profits.  What better way to skyrocket oil and energy costs than to ensure that this disaster is so large that it destroys BP and the cost saving resources it provides?

Using this disaster to promote his destructive and socialist cap and trade and environmental agendas was a no brainer, but the more insidious benefit for Obama is the economic damage to the Southern states he so profoundly despises.  Do you think if an equally destructive disaster hit DC, or California, or Chicago that the call to arms and the flood of money and assistance from the administration would not have been instant and overboard?  Obama needs to stop using this disaster to benefit his own agenda and get out of the way of aid and help who could control the damage that seems to be making Obama exuberant in the shadow of what he perceives as success.

If governors of the affected states would stop giving the feds control they don’t have and take control of their own state’s destinies we would stop this disaster.  Gov. Bobby Jindal has begun to take that control back and needs our support reach the point where he can put Obama in his place and take over for this hateful president and get the job done.  He has been told by experts that he should have, from the very beginning , not gone to the federal government for permission.  This is his power, not theirs, and he and the others did not take that responsibility when they should have.  We have been indoctrinated that states are not sovereign countries and that governors are weak and powerless next to the president.  We need to re-educate our people to what the truth is; a very different picture our Constitution paints.  Learn it and exercise it, everyone of you.  Support these governors and we will start to see results.

Stop The Tyranny And Support Arizona 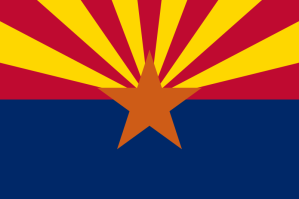 We all need to do our part, whatever they might be, and support Arizona in her plight to fight tyranny and protect herself from the invasion that is destroying her.  Obama and his cronies may welcome her destruction under that hand of illegal immigration, but we need to muster up our loyalty and will to fight tyrants.  Obama has no say or control over what Arizona decides to do to protect herself; it is called states rights; it is called the Constitution.

Obama is the one whose hands are tied and is restrained by the Republic that our Founding Fathers created.  Once governors realize this and take back the power they have given away to an unworthy president our states will once again be havens of freedom and liberty in whatever way they chose.

So, you are a Yankee and you have destroyed your state with socialist welfare programs and an outrageous tax burden, where do you flee to when even you can’t stand the price anymore?  Go to Rebellion Blog to find the answer.

We will never have an vibrant Southern society until we end the scourge of abortion and Louisiana is taking important steps in that direction.

Baton Rouge, LA (LifeNews.com) — The Louisiana state House unanimously approved an ultrasound bill today that will help women get a view of their unborn child before deciding to have an abortion. The state Senate has already passed the measure, which now heads to pro-life Governor Bobby Jindal and will be signed into law shortly.  [read more]

This year instead of getting your Dad something he will never use why don’t you get him something to honor our heritage?  For example, if my wife were to read this and I was leaving a wish list it would be:  1) James Edwards’ new book, “Racism, Schmacism“; 2) some flags from Patriotic Flags; 3) almost anything from Patriot Post; 4) Jefferson Davis anAmerican President DVD set; 5) almost anything from Dixie Outfitters.  Remember, buy Southern, often.

The Outlawing Of Our Heritage

Any self-respecting Southerner knows the unrelenting, vicious assault our heritage is under.  It was really brought home to me this week during a discussion of geography and food at my kids’ school.  My son mentioned some traditional Southern food we eat regularly.  When he came home he confided in me that the discussion worried him because he was afraid that the school would find out we were “Confederates”.

I let him know that our heritage was something to be proud of, but I cannot believe that I live in a day where the schools’ anti Southern hatred has reached the point where children fear they will be discriminated against simply because they honor their heritage.